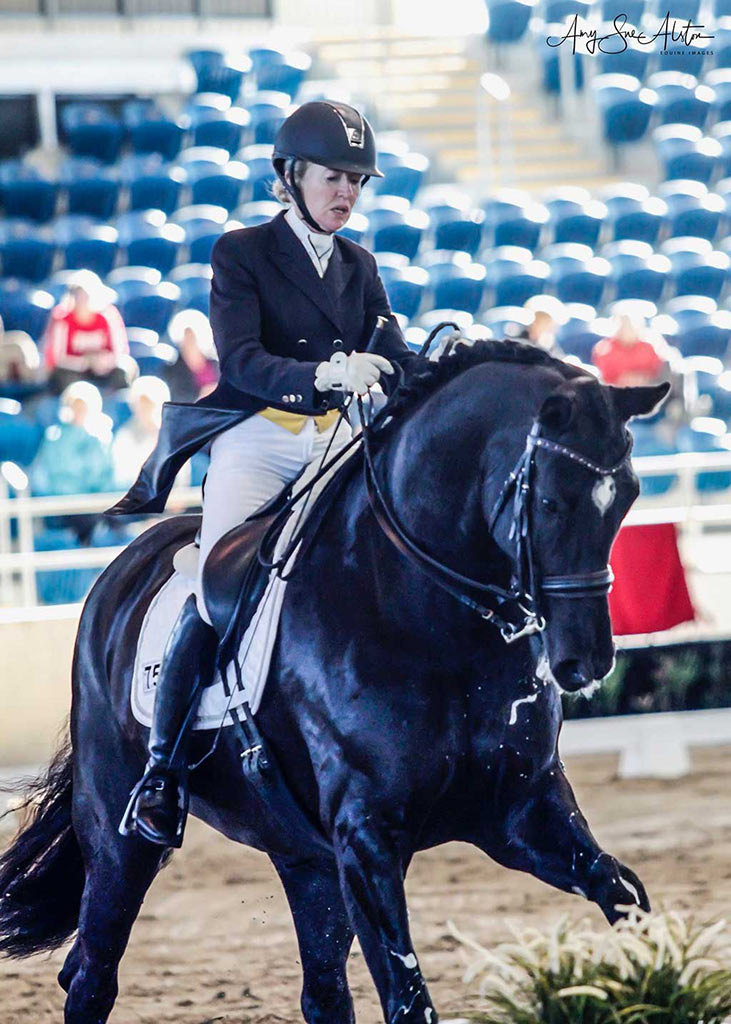 Shaun’s professional dressage career began in 1982 when she travelled to England and Austria to further her knowledge and training under the guidance of four times Olympic Games rider, Jennie Loriston-Clarke at Catherston Stud, and Hans Reigler of the Spanish Riding School in Vienna.

In 1984 she moved to Germany, where she worked for the Bahlsen family of Hannover and International Grand Prix Rider and Gold medalist, Claus Husenbeth of Sottum Nth Germany.
In 1984 Shaun returned to Australia where she established Horse Quarters, her first equestrian centre in the Hunter Valley, and took on a role at at TAFE NSW teaching Horse Management.

During this time, Shaun purchased Barrington Ock Tedi, whom she trained and rode to Grand Prix level where they remained for six years, competing at every major Grand Prix event around Australia. Ocki also went on to represent Australia at the European Dressage Championships ridden by Rozzie Ryan, EA Level 3 Coach and Australian International Grand Prix Competitor.

However it wasn’t long before Horse Quarters was outgrown and in 1995, with the support of her parents Bruce & Joyce, Hunter Valley Equestrian Centre (HVEC) was established.

Shaun continues to breed, train and compete horses of all levels, a number of whom have or continue to compete at FEI level.